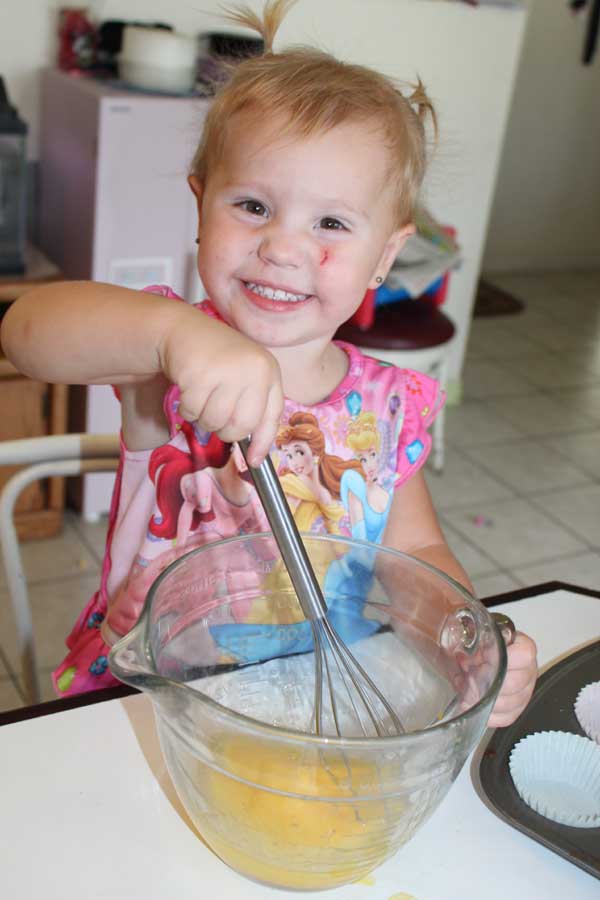 The kids wanted to make cupcakes the other day so I had them pick out the flavor from our pantry and the frosting. When they finally decided – we started putting it all together. Of course Kenzie had to help me stir the eggs. Lol. She did pretty good! While we were mixing it together – Hunter, Brit, and Brooklyn were put to the task of putting the cup cake liners in their pans. 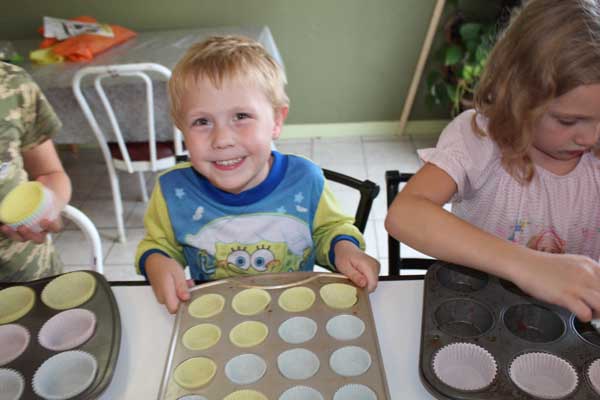 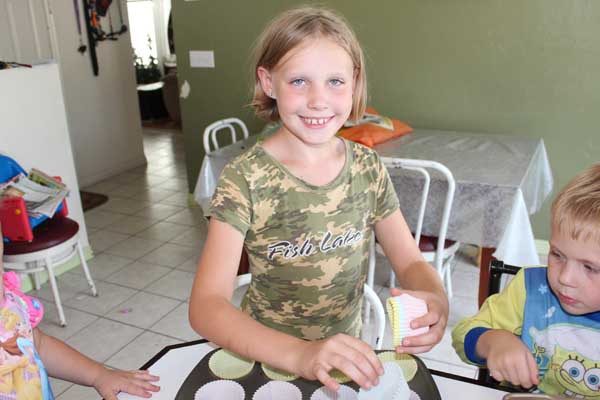 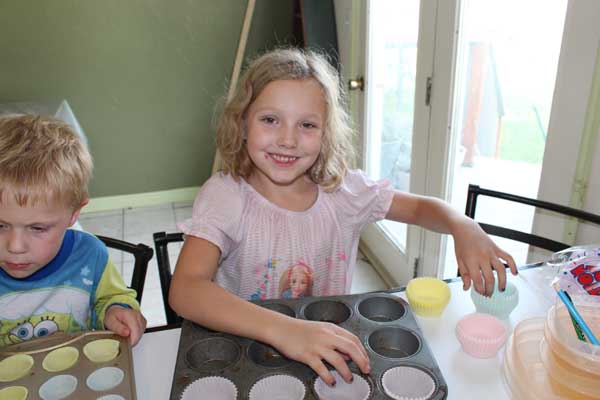 Once they were all done, I let them have at it. lol. They had such a great time – even Kenzie – filling up the cupcake liners. 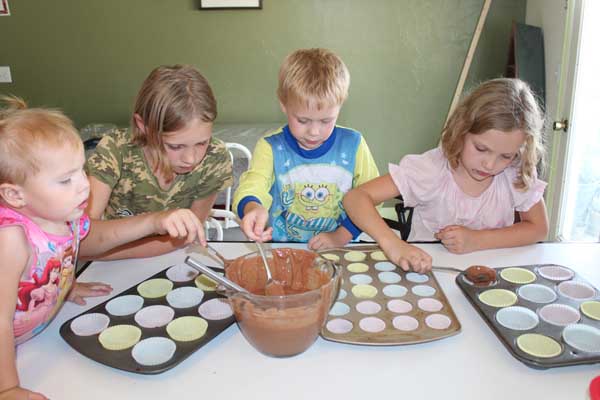 Once they were done, I scraped the bowl and filled in any that didn’t quite get enough then we set them to bake. I sent them outside to play while they baked and cooled, of course they still had to check every 5 minutes to see if they were done and then they kept calling each other in the house saying “their ready” lol when of course they weren’t even close. But the other kids would come in stamped to the door until they heard me saying it wasn’t time. Then they went back off again to play. 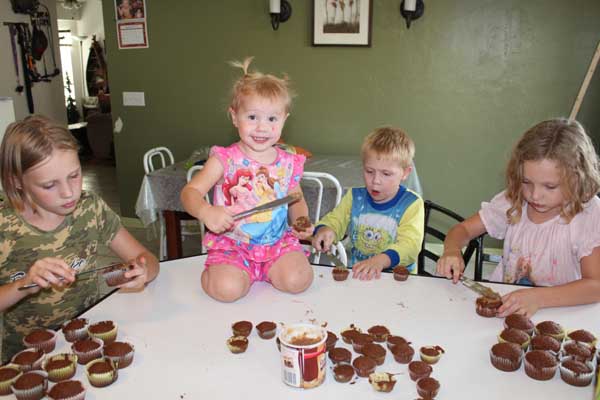 They had a great time frosting their cupcakes. I have to tell you, I let them just do their own and eat them and when I came back to check on them there were only like 5 cupcakes left lol. They had a great time and of course didn’t want anything to eat for dinner that night. They are so funny. 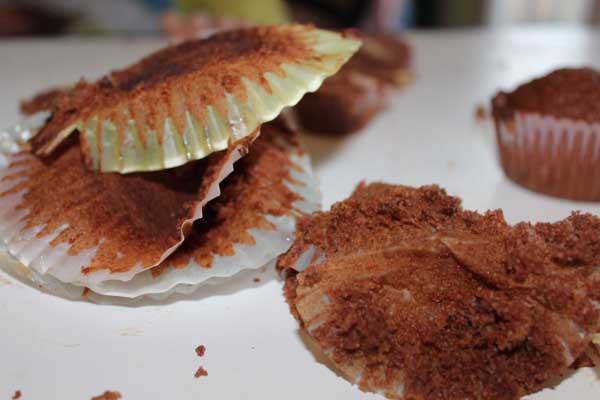 Evidence of a day of fun and full tummies. 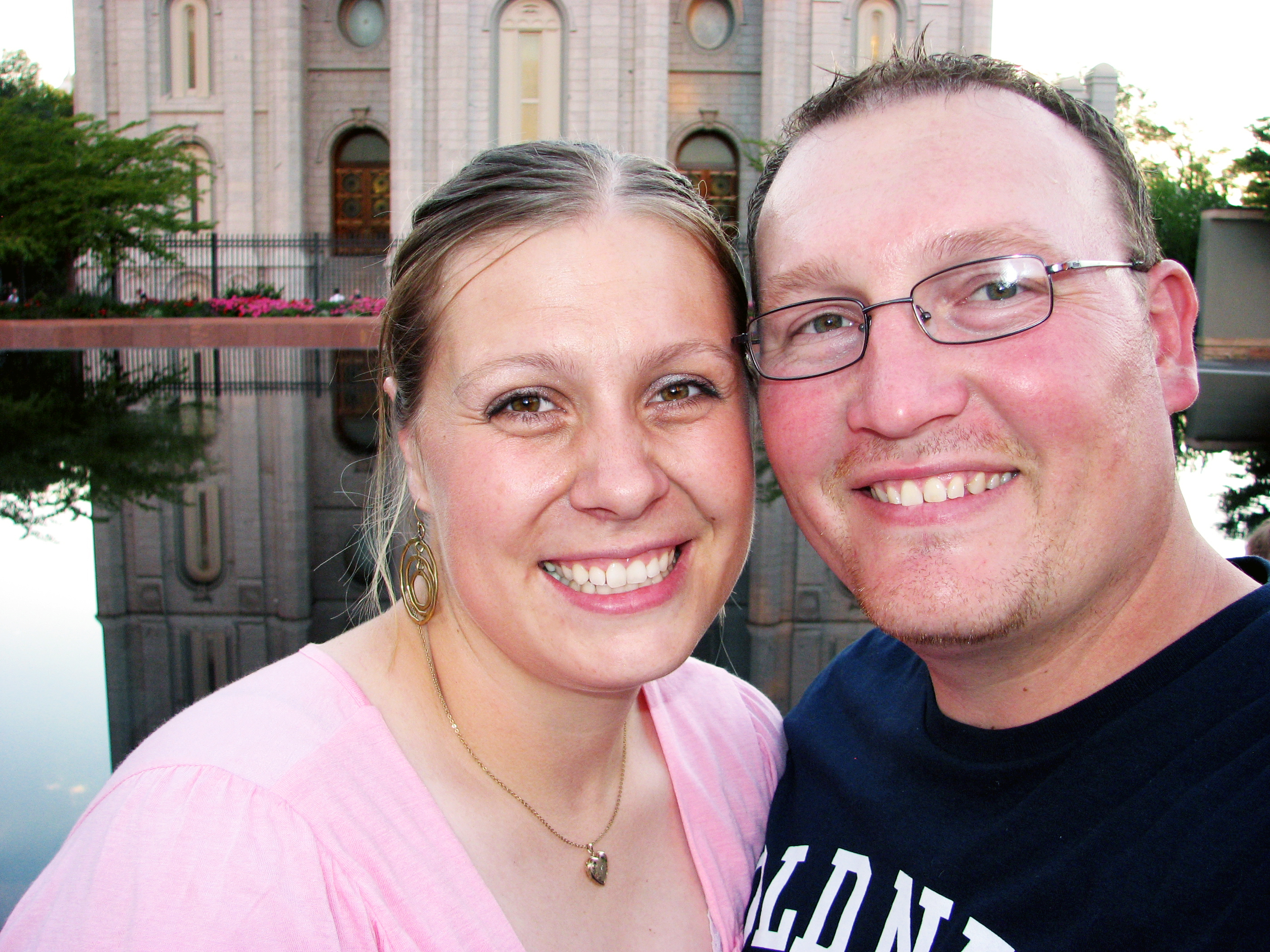 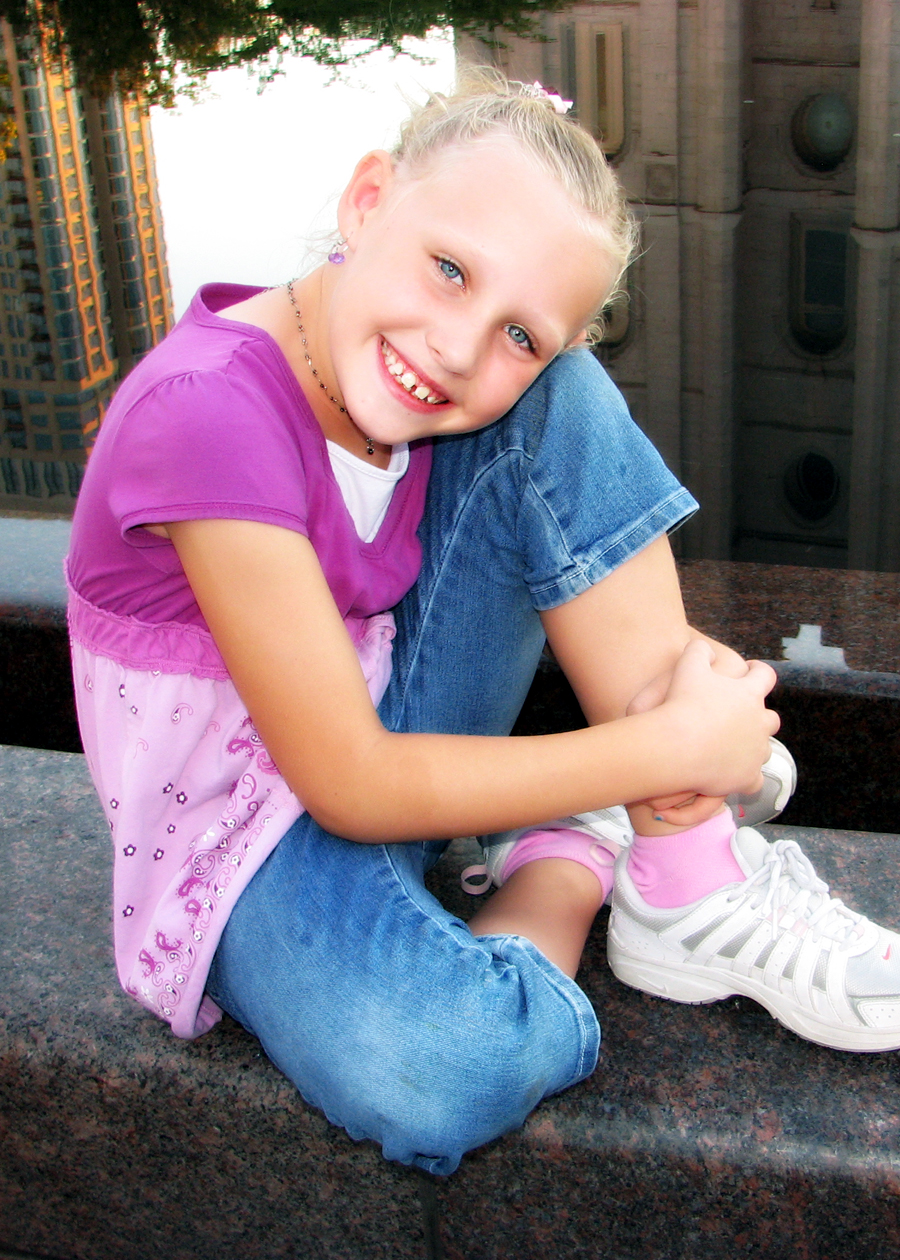 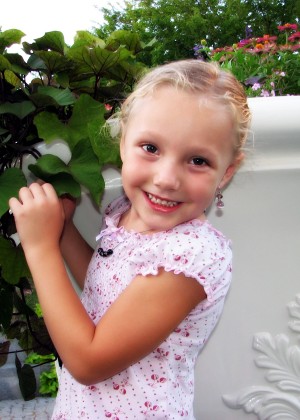